With its help the company opened ambitious plans for formation of a new segment of magnificent electric vehicles.

Within the Geneva International motor show of 2017 of Bentley Motors presented the EXP 12 Speed 6e concept car. It opens a new segment – magnificent electric vehicles. “Bentley is going to include electric vehicles in the future model range therefore it is very interesting to us to receive customer reviews on this concept” – the chairman of the board and the head of the company Wolfgang Duercheimer comments.

Representatives of the company explained that in strategic plans of Bentley for the next several years there is point on release of hybrid modifications of all models of brand. Is planned to begin process with the Bentayga crossover, its hybrid version has to appear in 2018.

“EXP 12 Speed 6e – the concept designed to show new standards of electromotive which the Bentley company establishes in a segment of luxury cars: modern technologies, high-quality materials and the level of comfort expected from true Bentley. This concept car, undoubtedly, will attract interest of buyers of luxury cars, and we learn their opinion on our vision” – Wolfgang Duercheimer told.

The company told that the Bentley electric vehicle will be able to pass without recharge from London to Paris or from Milan to Monaco. In case of lack of high-speed wireless charging, EXP 12 Speed 6e it is possible to connect to the power supply network by means of an additional point of recharge which is hidden behind back registration plate. 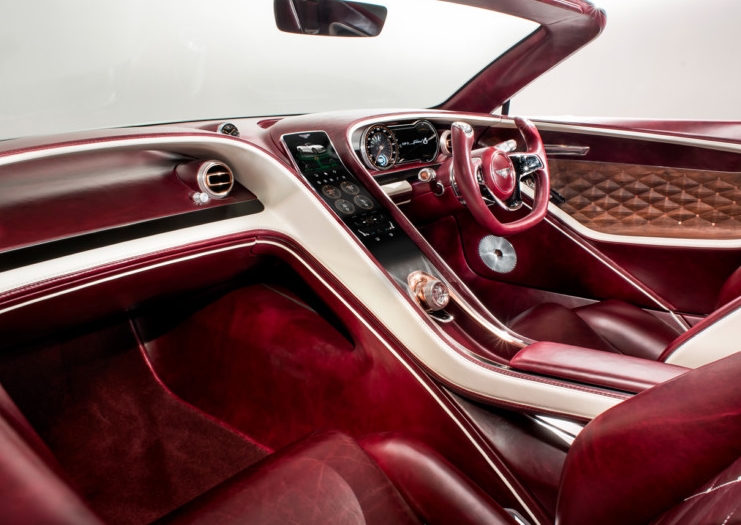 The intellectual information and entertaining system of a concept included the individual digital concierge – a virtual assistant which can be connected to real services. For example, he is capable to reserve a table at restaurant or to reserve air tickets for a business trip, and the driver operates process only by means of voice commands.